The Selhausen site represents the heterogeneous agricultural rural area of the lower Rhine valley. The climate is temperate maritime with a mean annual temperature of 10°C and annual precipitation of 700 mm for the period from 1961 to 2014 (meteorological tower, Forschungszentrum Jülich). The most important crops in the region of Selhausen are sugar beet (beta vulgaris), winter wheat (triticumavesticum), winter barley (hordeum vulgare), maize (zea mays) and rape seed (brassica napus). Only parts of the region are managed as grasslands. The underlying Quaternary sediments are mostly fluvial deposits covered with loess. Major soil types are luvisols and gleyed cambisols, partly with large contents of gravel. The land surface is generally flat with slopes up to 4° in the area of a former channel of the Rur River system.

Farmers regularly report on the phenological development of crops and agricultural activities.

Although irrigation is an important issue in Germany, the use of irrigation systems is not always profitable for farmers around the Case study site.

There is a number of instruments installed for continuous monitoring and maintained:

For modeling we use Joint Simulation of overland flow, the unsaturated and saturated zone and the feedback mechanism between compartments with physically based models in 1D and 3D. 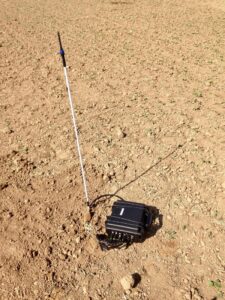 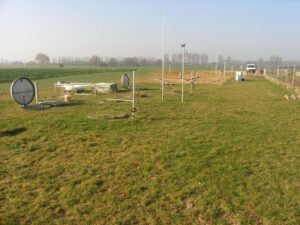 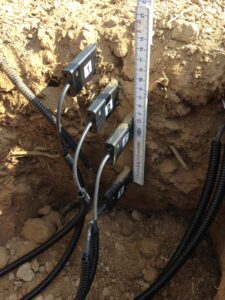 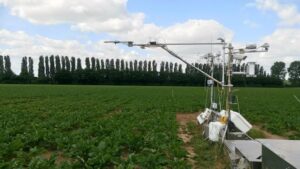 Online webinar - Germany in the context of WATERAGRI.

Presentation of a an early-version of the simulation and data assimilation system at WATERAGRI 3rd Workshop.